We wanted media passes, we coveted vests, we had visions of standing so close to the track that we’d feel the wind on our faces as the sprinters flew by, the thud of the shot striking the ground, we expected to leave with sand from the jumpers’ pit in our shoes. We wanted in. 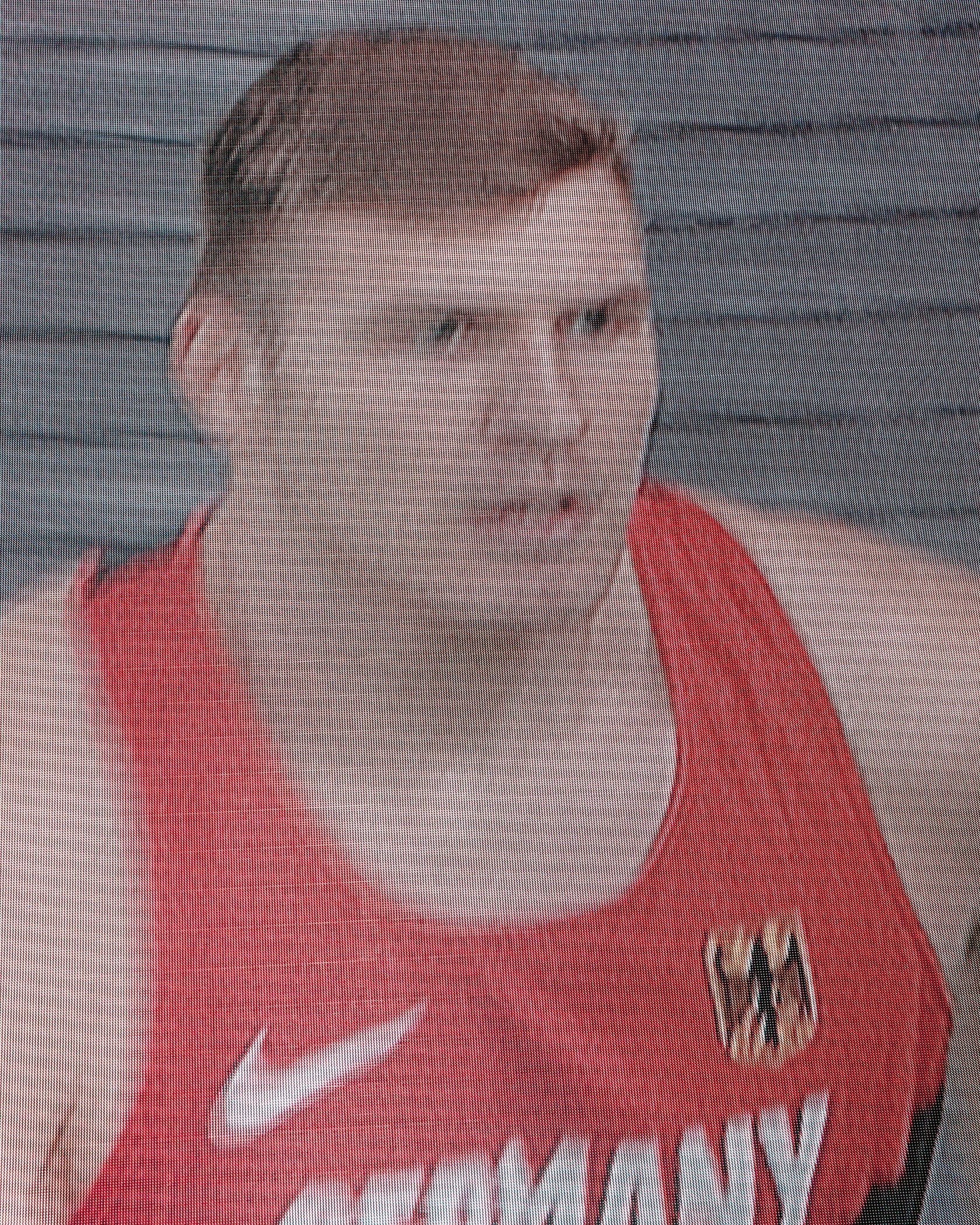 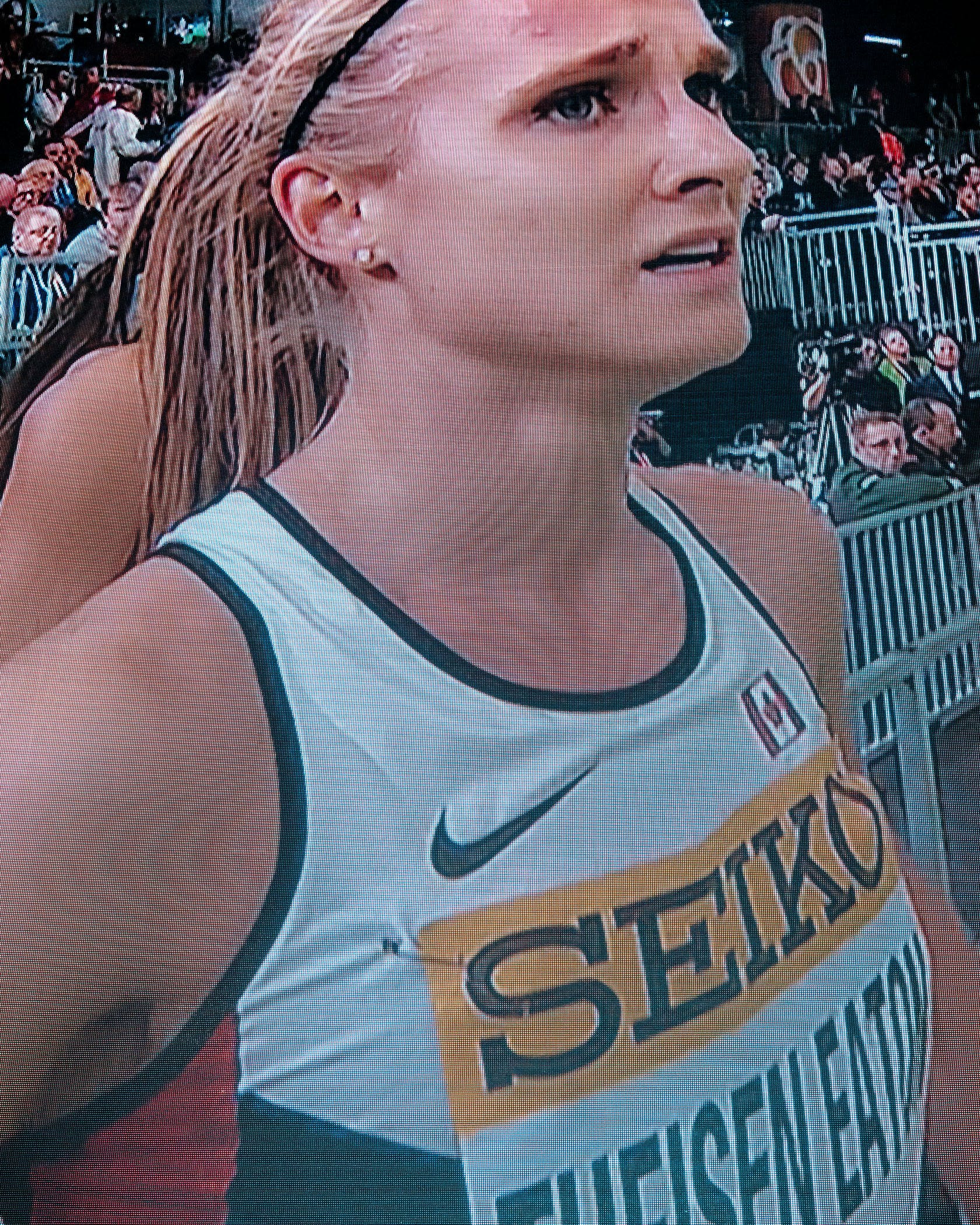 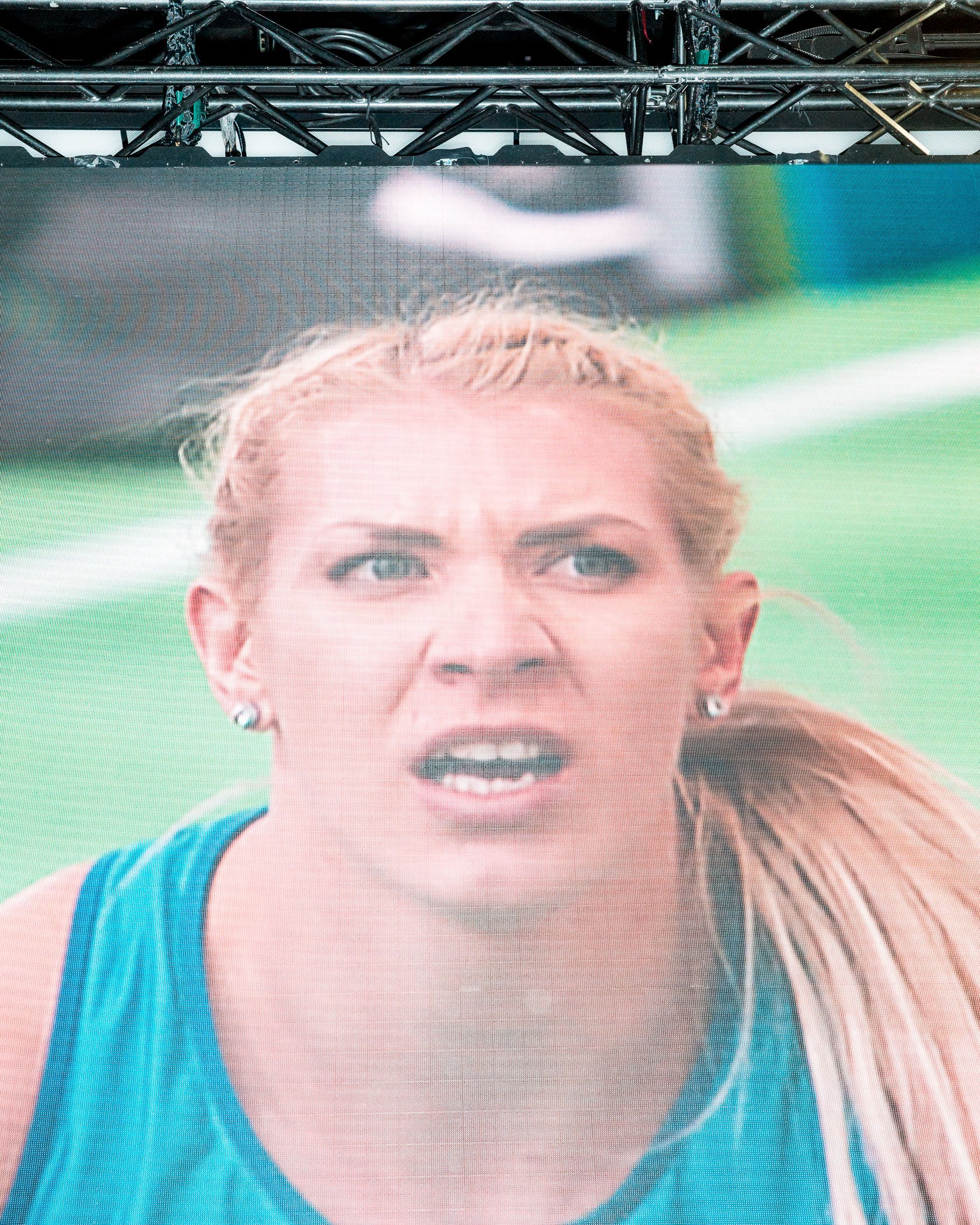 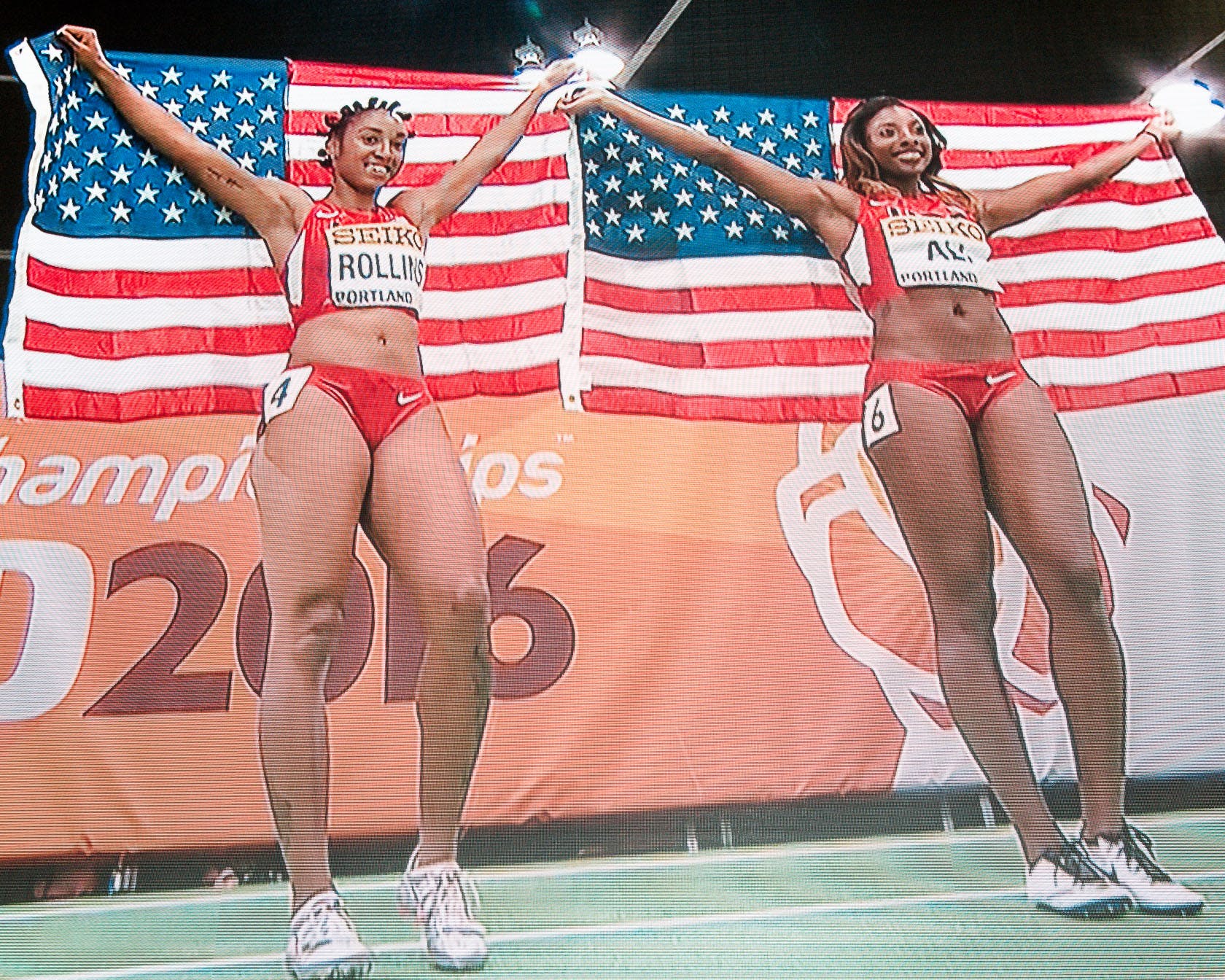 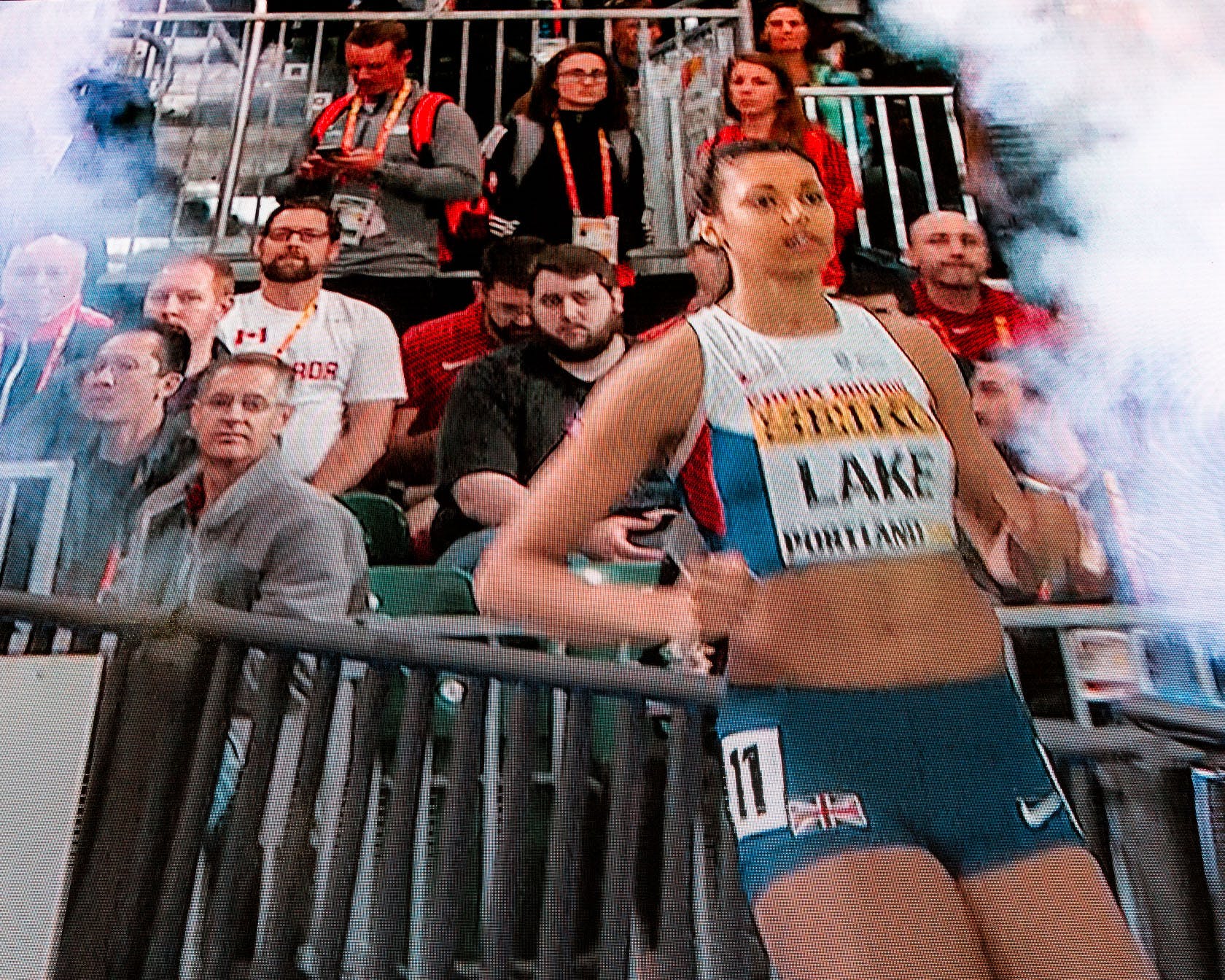 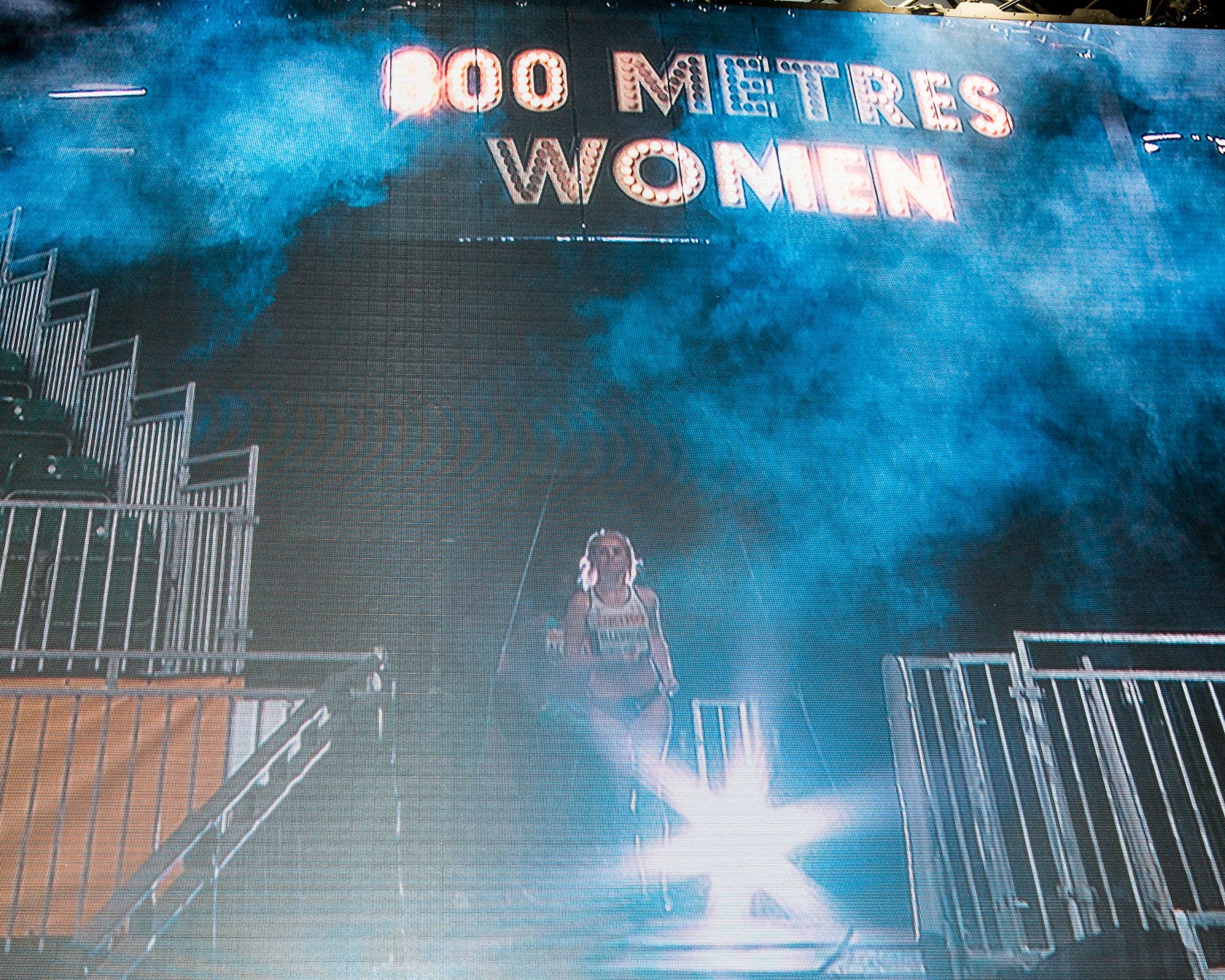 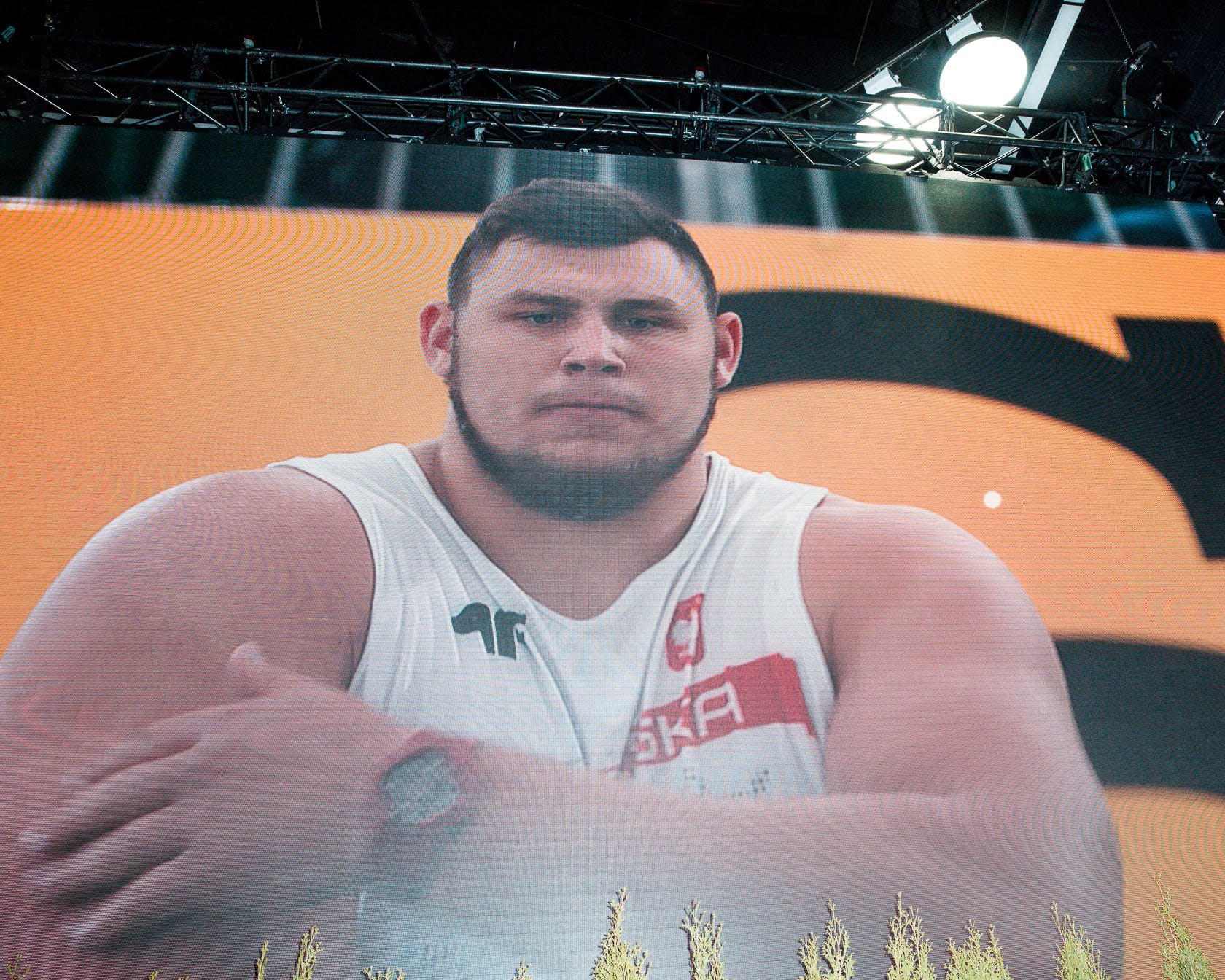 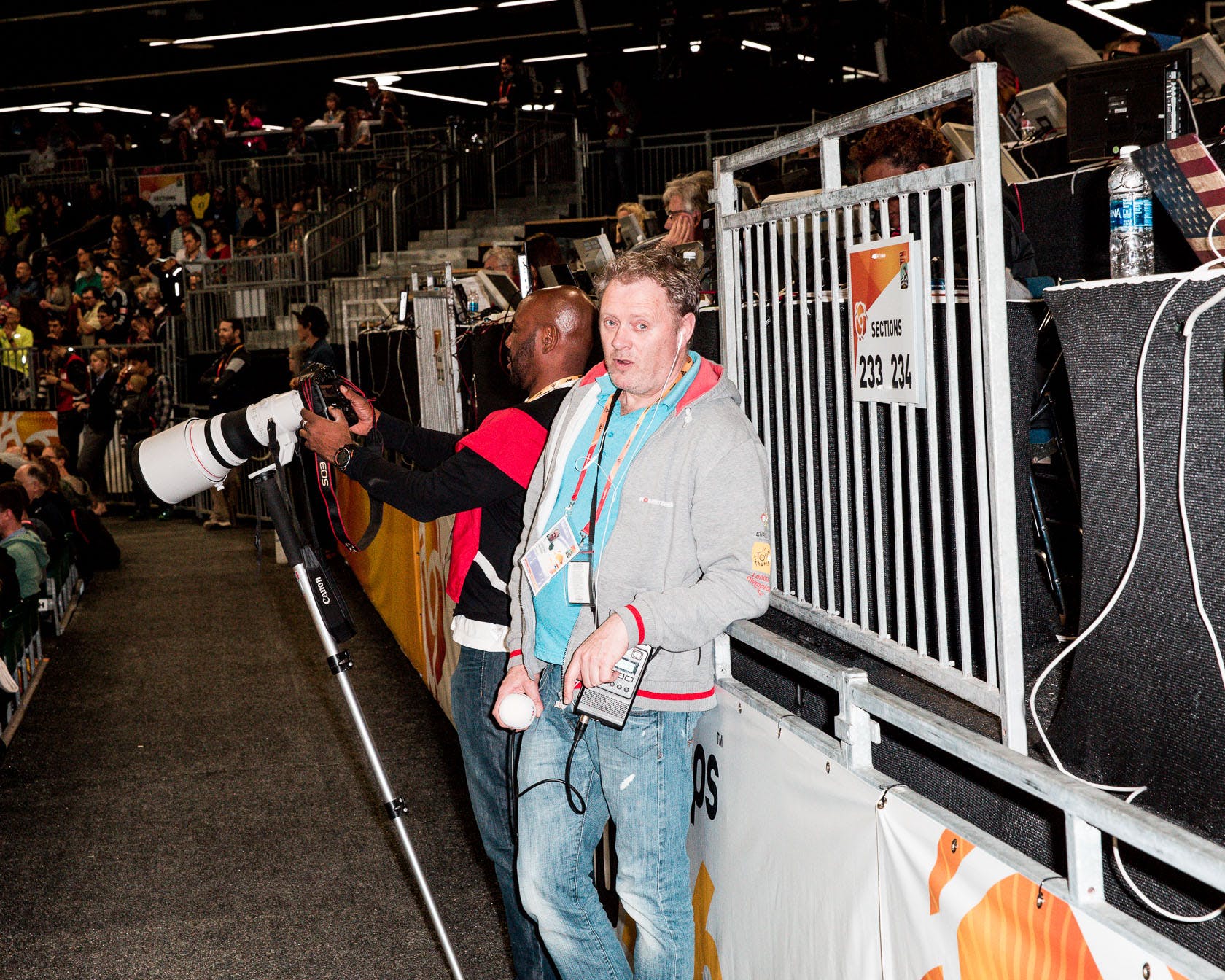 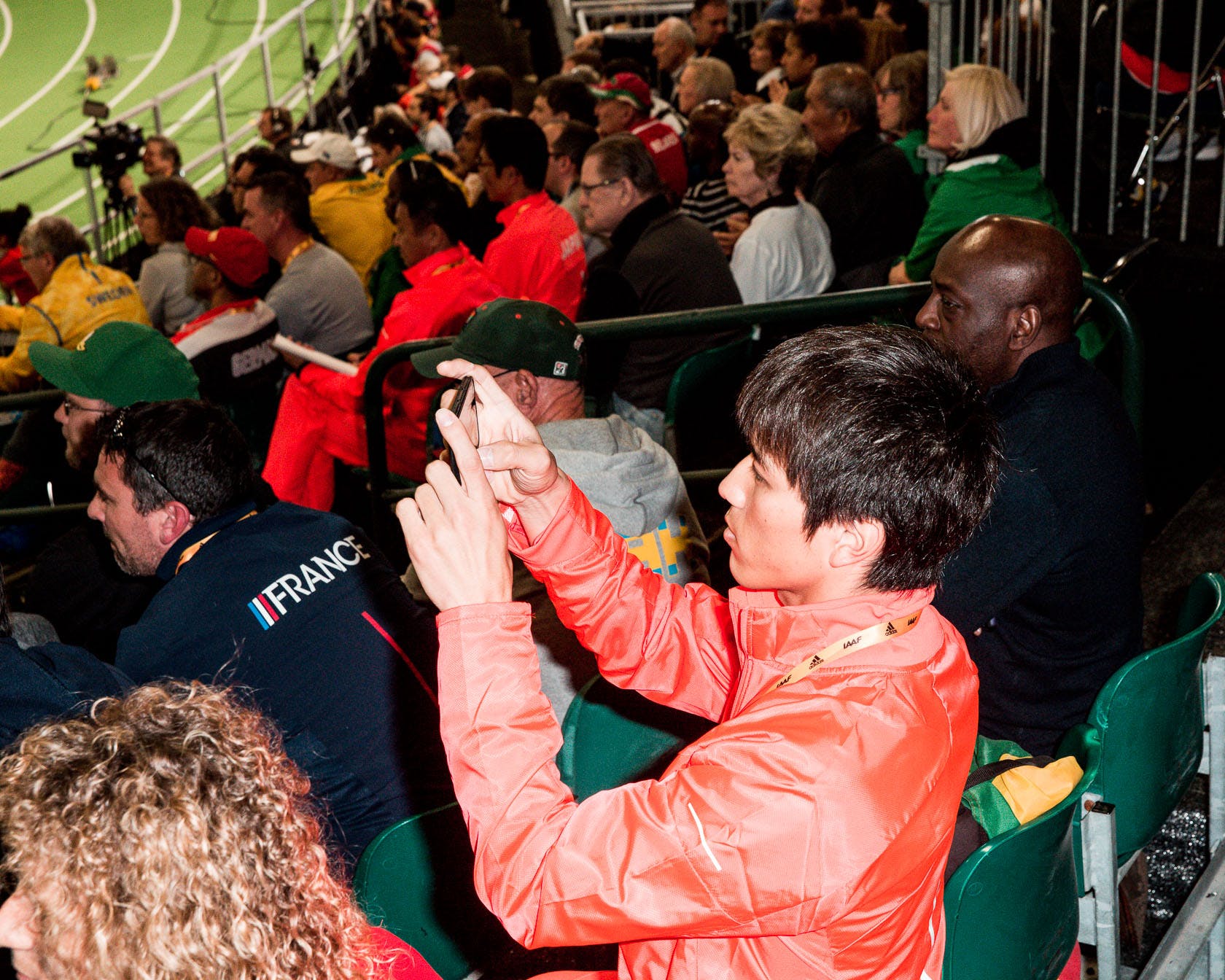 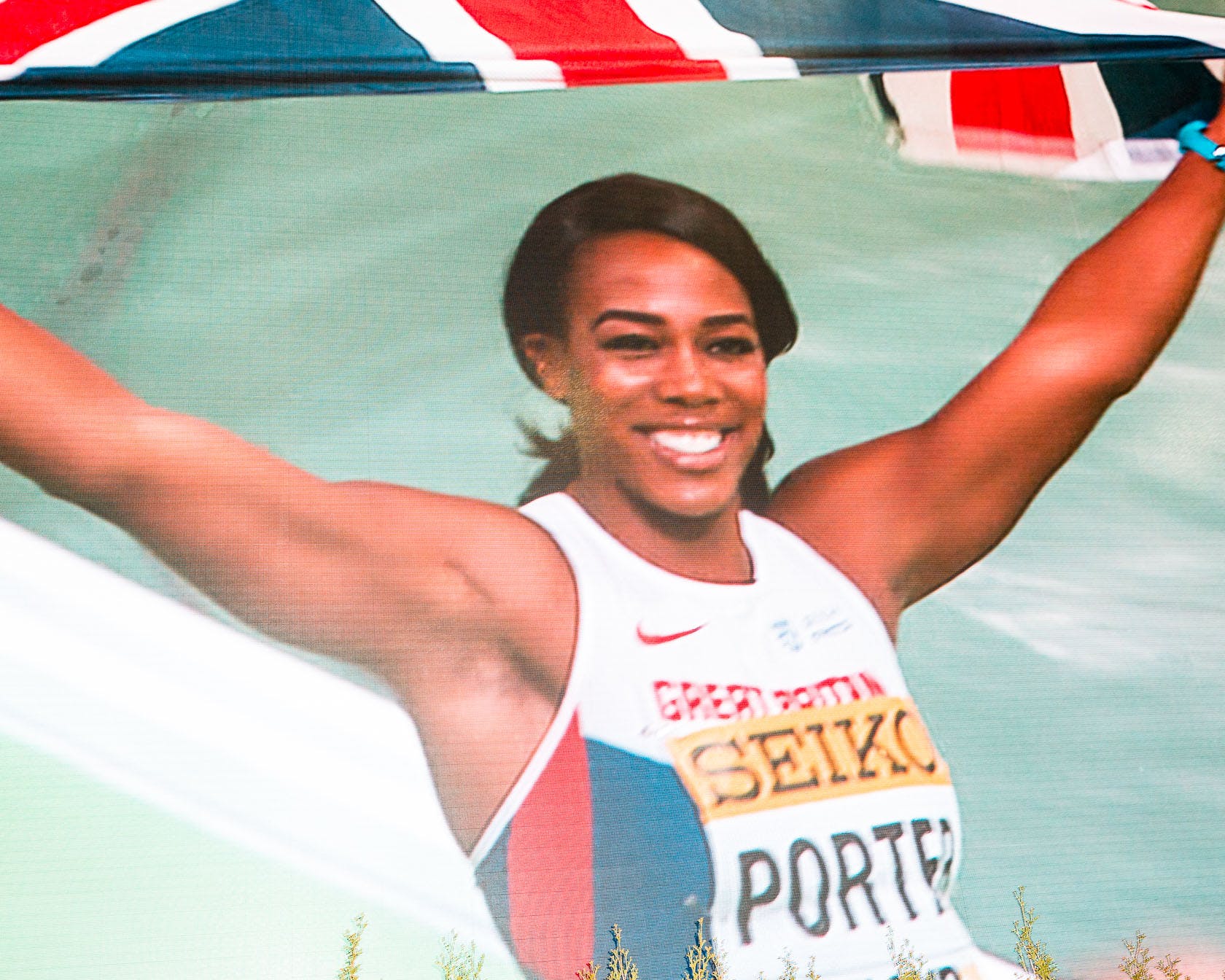 When we learned that the 2016 IAAF Track & Field World Indoor Championships were being held in Portland, Oregon, our home base, our HQ, our ground zero, we assumed that covering the event would be a cinch for a few reasons. A. The Yonder Journal / Manual for Speed blogging enterprise is considered by more than some to be at the pinnacle of sport/adventure/recreation/curiosity blogging. B. We had a letter of assignment from Vice Magazine, the Do’s and Don’ts street kid zine cum international media conglomerate who recently launched a television channel. C. Portland is the home home to Nike and the US home of Adidas. You might know those brands from their advertisements, visors, training pants, and athletic shoes? Well it so happens that we’ve got a few friends who work in those places, in a kinda high-up capacity, if you catch my drift.

We wanted media passes, we coveted vests, we had visions of standing so close to the track that we’d feel the wind on our faces as the sprinters flew by, the thud of the shot striking the ground, we expected to leave with sand from the jumpers’ pit in our shoes. We wanted in.

So we reached out, we cajoled, we DM’ed, VM’ed, Hollered, Texted, Emailed, Coffee’d, we filed applications, followed up on those applications, followed up on the follow up to those applications, we talked to officials, and then we talked to the bosses of the officials, had meetings with industry insiders; in short, we did everything we could think of doing, we did everything anyone else could think of doing, and in the end we were denied credentials. Was there a good reason? No. Was there any reason? Not that we could discern. It seemed that fate, the gods, propriety, and injustice had conspired to deliver a knockout blow. But you know what? It takes more than a transcendent, mixed-analogy uppercut to put this boneheaded team of blogging bloodhounds off the scent. We bounced like butterfly, formatted our memory cards, and made our way down to the event.

Portland, Oregon isn’t a big city, it’s medium-sized at best. We have a pro basketball team, the Trail Blazers, and soccer teams in the form of the Timbers and the Thorns, as well as a handful of minor league teams playing hockey, baseball, lacrosse, water polo, etc. Consequently, the city hosts two major indoor arenas: the  Rose Garden where the Blazers play, where Lady Gaga performs, and where Monster Trucks do backflips off the backs of disgraced cop cars. And the Veterans Memorial Coliseum, a beautiful example of modern architecture, home to our major junior hockey team the Winterhawks, and the common stage for big name artists in the waning years of their careers e.g. Macklemore and R. Kelly (though it is absolutely worth noting that R. Kelly’s career is waxing like a fine wine while Macklemore’s is waxing like a half-drained Coors Light warming in the afternoon sun, complete with a trio of bobbing Parliament butts).

If you intend to host the 2016 Track & Field Indoor World Championships (2016T&FWIC) in the hometown of the modern running shoe, and that hometown has two excellent arenas, it seems like the obvious choice is to hold the event at one of these amazing venues. Any place a group of Monster Trucks can hold a long jump competition probably has room enough for a group of highly-sprung runners to do that same. At this point the set up is obvious, but in case you haven’t caught on: the 2016T&FWIC wasn’t held in one of these arenas. Instead the event was held in Portland’s Oregon Convention Center, home to prom dress blowout sales, dog shows, job fairs, scrapbooking conventions, and Birth Without Fear meetups.

Sure, stumbling into a room where terrified pregnant women and their visibly shaking husbands are gathered in a circle chanting, “We will not fear you, you are not our master!” at a sculpture of a baby emerging from the lapidarian folds of a hirsute cave would be an interesting experience, especially if you were expecting to see a 300-pound man lob a 16-pound cannonball across the room. But the two are just not meant to share a wall. Yes, at some level, the world’s highest caliber athletes and the birthing process both represent the apogee of human physicality, but that doesn’t mean they should have concession stands in common. This is a place where people cut stars out of construction paper, use paste, and wax about the failures of their least favorite son-in-laws.

Clearly the Oregon Convention Center doesn’t feel like the right location for the world’s greatest athletes. But dig a little deeper and this choice of location starts to make sense. Ask yourself this question: when was the last time you cared about Track & Field? If you answered, “A little over four years ago,” then based on our rigorously-conducted intuition survey you’d join the other 99% of people who only show an interest in Track & Field in the few weeks leading up to and during the Olympics. It is this lack of consistent interest, the fact that every four years Track & Field has to once again re-energize viewer interest that leads the sport to a point where they are vying for calendar space with a quilting convention in order to hold their world championships.

After having attended 2016T&FWIC I can tell you it’s not for lack of excitement. What these athletes achieve is truly incredible. Long jumper Brittany Reese jumped 7.22 meters, for us American’s that 23.6 feet. You know how Michael Jordan dunked from the free throw line? This is five feet further than that. And Tom Walsh put a 16-pound shot over 21 meters! That’s nearly 70 feet! Imagine throwing a 19-inch flat screen TV, a bowling ball, a bag of 2000 paintballs, or a medium bag of dog food further than the entire length of a bowling lane! I mean if golf, a sport that up until recently has been the domain of athletes with AARP cards, can garner international attention, then surely Track & Field can do the same.

Is it an issue of tradition? As far as sports go, Track & Field reflects the most fundamental elements of athletic endeavors: running, jumping, throwing, pole vaulting, etc. These are all things our ancient ancestors would have used to survive and excel in their day-to-day lives. It might not be “fair” to continue picking on golf, but when was the last time you saw a cave painting depicting a guy in pleated chinos trying to kill some bison by knocking it out with a diabolically small stone propelled by an adze attached to the end of a long, flimsy stick? You haven’t, that cave painting doesn’t exist. If it did we wouldn’t be here, the cockroaches or the squirrels would now be ruling/ruining the planet.

“If, in the off chance, you’re reading this 3000 years in the future, you should know that the point of golf is to make real estate deals while dressed in sand-colored clothing.”

So why isn’t Track & Field getting the respect and recognition it deserves? It’s relatable and it’s accessible: if you can run, throw, or jump you can relate to these sports. It’s cheap: if you can feed yourself you can practice these events and earn an appreciation for what these athletes are doing. These are things that point towards something that should be wildly popular. Yet here we are.

After some pretty heavy research, deep thinking, and serious consideration it seems that the most obvious reason for Track & Field’s lack of popularity is the way it’s presented to the world. As they say, if you didn’t ‘gram it, it didn’t happen. And that’s why this is all so frustrating. Here we are, this tactical future media team, we see Track & Field, we see how interesting it is, we see the athletes, the events, the crowds, the spectacle, and we want to help express its splendor and magnificence to the world. We tried, we really really really tried, and we went so far as to attend the event on our own dime, not as official media, not as stewards for public awareness, not as curators of athletic hype, but as regular Joes, average fans, norms.

Here’s a short breakdown of our experience:

We left inspired and frustrated. What we saw was moving and compelling, high stakes drama acted out by the best athletes in the world. We want more for Track & Field, we want Monday Night events, primetime coverage, cereal box covers in non-Olympic years. We want in-depth analysis, trading cards, and post-meet coverage filed with colorful personalities. Track & Field, we want to put your news in front of new people, we want to look at your news in a new way, and all we’re asking is that you consider this, not for our sake, don’t worry about our sake, we’ll be fine. But for the sake of the thing you care about, do your research, try new sources, experiment with change. The chance that things will improve are high. Don’t trust us, trust Darwin.